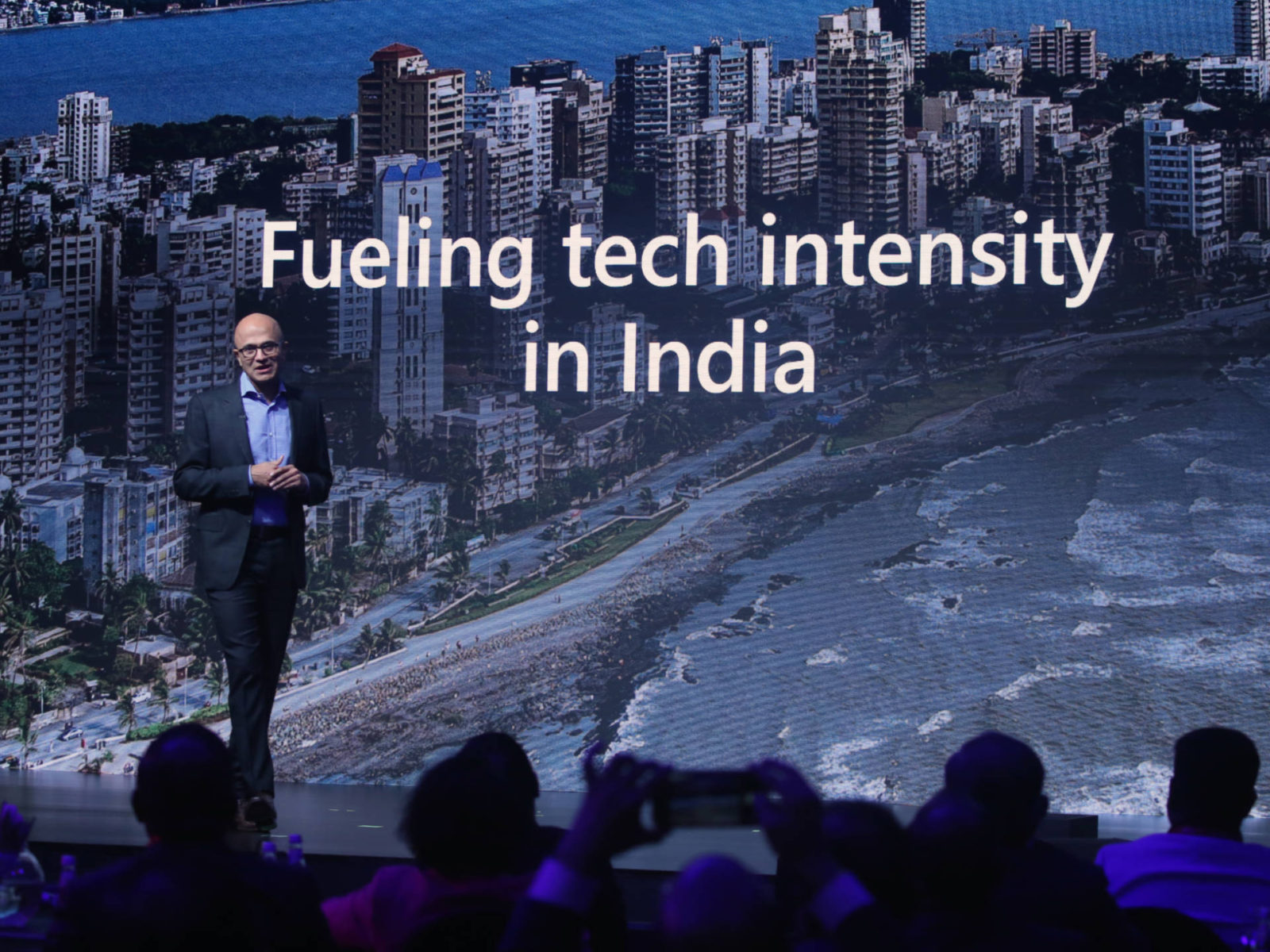 Microsoft CEO Satya Nadella was in India for a three-day visit (Recap) as the company hosted its Future Decoded summit in two legs in Mumbai and Bengaluru. This was Nadella’s first trip to India after stoking a bit of controversy last month when he criticized the new citizenship law passed by the government of India when asked for a comment by BuzzFeed News.

The law – Citizenship Amendment Act – fast-tracks Indian citizenship for immigrants of all religions except Islam from select neighboring countries.

At a Microsoft event in Manhattan last month, asked for a comment by BuzzFeed News Editor-in-Chief Ben Smith, Nadella criticized the new citizenship law passed by the government of India. The comments by Nadella, a native of Hyderabad in India, were welcomed by a large section of Indian civil society who see this act as an attempt to destroy India’s secular ethos. The country has seen widespread citizen protests for a couple of months and several people have died and many injured in incidents of police violence.

“I think what is happening is sad… It’s just bad.”

He spoke about his multicultural roots and how immigration policies of the US shaped his personal journey and hoped it mirrors in India.

Shortly after these comments went viral, and after criticism from right-wing Indians who support the act, Microsoft issued a statement quoting Nadella as saying that every country has the right to protect and define its borders. The statement attributed to him toned down the criticism but acknowledged multicultural India he grew up in with hopes for an India that empowers immigrant aspirations.

Now in India, speaking to the Economic Times, Satya said…

“I think every country is going to define their own policies around immigration and national security. In democracies, it’s the people and governments that decide. I mostly speak from being someone who grew up here…proud of my heritage of a multicultural India and as an immigrant, my hope is that this country continues to be a progressive democracy that really helps more people find that this is the land of their dreams. I think this is what is true about India today and I am very confident that it will be true of India in future.”

In 2018, when the Trump administration ordered separating immigrant children from their families at the US-Mexico border, Nadella wrote in a LinkedIn post about how the immigration policy of the US was one of the country’s greatest competitive advantages. “America is a nation of immigrants, and we’re able to attract people from around the world to contribute to our economy, our communities and our companies,” he wrote at the time.

While in Delhi, Satya Nadella also met Ravishankar Prasad, the Minister of Communications, Electronics & Information Technology, Government of India as well as Piyush Goyal, the Minister of Commerce & Industry. This was business as usual. Last month, in a surprisingly confrontational move, Prime Minister Narendra Modi did not meet Amazon CEO Jeff Bezos last month despite repeated requests from the company and was snubbed by Goyal as well as other senior members of the government.